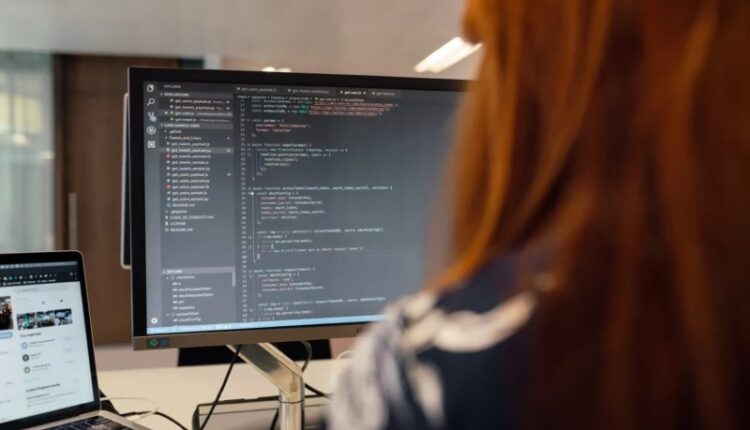 Python frameworks are like beans in your burrito: ingredients without which future web development wouldn’t have the same taste. Rubbing shoulders with Java in popularity and versatility, they are becoming desired go-to web app building tools.

Every business is on the hunt for these frameworks and bringing in new talent that codes them. And I don’t blame them.

Python frameworks offer two things that make any tech business start mouthwatering — scalability and implementation of Machine Learning and AI, the latter being a cornerstone of Web 3.0 and the future of web development.

With those two sought-after industries on the never-ending rise, using Python frameworks gives you leverage over enormous computational capabilities and libraries (over 150K packages and counting).

So, that begs the question: which Python frameworks should you use to boost your web development?

To first use a tool, you need to know what it does.

Python frameworks are many things – from following MTV (model-template-views) architectural patterns to being a cornerstone of HTTP servers and restful APIs.

Pulled from Wikipedia: a Python framework is a set of modules that help you when creating high-quality web apps. Lifting the tiresome process of building solutions from scratch off your shoulders with automation, frameworks have become the developer’s favorite tool in the shed.

Here are tried and tested (and my favorite) frameworks that every developer needs to try out:

CherryPy is a Python framework famous for building small source code applications in a flash. Two things make this framework the best Py you could have – stability and scalability.

Web apps built with CherryPy have a tiny percentage of downtime, a luxury not many frameworks can offer. And that’s not even the best part!

Brought to you on a silver platter, it offers ready-to-use plugins, built-in coverage, and testing support that makes it super robust and resilient. Integrating engagement and modular frameworks with multi-string web servers while at the same time running dozens of HTTP ones is a walk in the park for this framework.

And did I mention running applications on all operating systems, including Linux and Android? Not bad for a tiny cherry, ay?

Dash is for all those cool kids that love creating analytical apps in a dash.

Data scientists will fall in love at first sight with this framework! Equipped with error handling, LDAP integration, URL routing, and the simplest UI for app development, you can surely imagine why it’s worth checking it out.

But Dash also comes with a trick or two up its sleeves.

It’s an ultimate mix of ReactJs, Flask (another Py framework), and Plotly.js while being undemanding to non-tech people. And its cross-platform capability with support for mobile web apps and database management is what makes it popular among web developers.

Dash is also like Two-Face from the Batman saga. It has two sides: one bright and beautiful —  the layout side, and the dangerous and heavy one — the functional side.

Here’s how they work: On the layout side, you define how your web app will look once rendered in the browser. That’s why Dash proves to be easygoing at cross-platforming. There, adding looks, analytical features, and data options is what matters.

On the functional side, you dive into the rabbit hole of URL routing, page setup, and LDAP integration. That side is where you go knees-deep with defining user engagement.

If you want a framework that offers full-stack and scalability, Web2Py is your thing!

A framework at heart, there’s more than meets the eye in it. Web2Py is open-source software with its own IDE environment with a debugger and code editor. To sweeten the pot, data security and backward compatibility are built in, so you don’t have to worry about someone hacking your web app.

Web2Py is the ace of spades devs can use when creating a ticketing system with MVC architecture and supported internationalization, all essential web development features in one module that are forged in Python.

But scalability is one of many great things about this framework.

Creating, altering, overseeing, and deploying complex web applications at a light speed is why Web2Py is the senior dev’s poster child. It makes the whole web development very easy to implement across all platforms.

Everyone likes a good hug! But this Hug is all-powerful in dominating the API community in its speed. It’s notorious for being like Usain Bolt in restful API simplification and prototyping.

Best of all, it’s a Python 3 framework, meaning you don’t fall short on using that sweet, sweet multi-threaded interface. Finalizing app formation with a one-click deployment has never been so foolproof.

The need for code coverage when using Hug is almost nonexistent, making the dev’s time even more productive and increasing the web app’s performance.

Fun Fact: Hug only uses resources when needed and employs Cython, Python’s “evil twin” with C-like boosted performance, as a source compiler. That’s how it manages to push app performance to envious levels while growing a never-ending community of devs at the same time.

Watch out because this framework will blow your socks off!

Tornado only provides essential libraries, cleaning the code of bloatware and unnecessary syntaxes. Doing so makes building complex web applications a walk in the park.

But that’s not even the reason why this framework is among the most wanted ones.

Tornado supports more than 10 thousand individual connections while using non-blocking network input and output. Just imagine all that interaction processing power at your fingertips! No wonder it’s a weapon of choice when crafting e-commerce stores or web apps with a large user base.

It’s worth mentioning that Tornado is an asynchronous framework.

Here’s what it means: Asynchronous framework is a microframework (like CherryPy and Dash) on steroids. With it, devs build apps through the simple interface of a microframework but gain the ability to withstand large simultaneous connection numbers.

The purpose of those frameworks is to build high-performing HTTP servers that are simple to construct and scale while supporting request handlers.

Amazing what a dash of wind can do, right?

I’ll be honest. If we have a speed race between Hug, Cherry, and Sanic, it would be one hell of a race.

Sanic (you might as well call it Sonic) is a server web asynchronous framework. It’s designed for Python 3.7 and has the clear mission of going warp speeds.

It’s production-ready with scalability in mind, making it perfect for businesses with demanding and complex projects. They’re also portable and lightweight on PC resources. Finally! No more cooking eggs on my CPU when trying to compile the code into a web server!

The trick with Sanic is that it uses async/await syntax.

Here’s what that is: Async/await syntax has JavaScript origins and follows a simple premise. The Async part ensures the functions give back a promise, and wraps non-promises inside. The Await part stops the function from executing until the promise settles and gives a result. Then, everything continues. Because of that function methodology, your CPU doesn’t get a hit in performance.

Which Python frameworks will boost your web development?

There’s no right answer to this question. It all depends on the type of project you’re tackling.

Sorry to disappoint you, Django and Flask fans, but using those frameworks when you need thousands of connections up and going with top-notch HTTP servers is ludicrous!

CherryPy and Hug are the best micro-asynchronous framework duo there is. It’s true!

But they won’t sit right with you if you’re building a web app with Machine Learning at its core.

TL;DR of my ted talk about the Python frameworks is that you’re now a wiser web dev, and you know which frame fits with which picture (web app).

How Does MISP Differ from a Threat Intelligence Platform (TIP)?